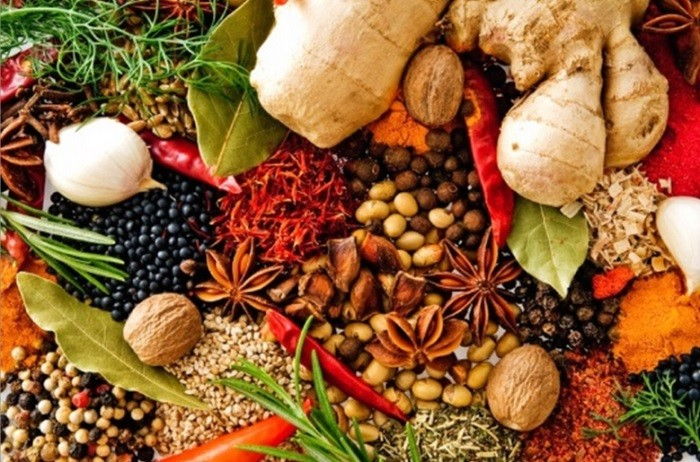 The quest for plants with medicinal properties continues to receive attention as they are known for a range of biological
activities which range from antibiotics to antitumor. Medicinal plants represent one of the most important fields of
traditional medicine all over the world. In light of the recent emergence of bacteria which are resistant to multiple
antimicrobial drugs posing a challenge for the treatment of infections, the need to discover new antimicrobial substances
for use in combating such microorganisms become pertinent. Bioactive compounds are normally accumulated as
secondary metabolites in all plant cells but their concentration varies according to the plant parts. Leaf is one of the highest
accumulatory plant part of such compounds and generally it is preferred for therapeutic purpose. Some of the active
compounds that inhibit the disease causing microbial growth act either singly or in combination. They can inhibit the
growth of the microbes by many mechanisms of actions. It is believed that crude extracts from plants are more effective
than isolated compounds due to their synergistic effect. Here we report the antimicrobial activity of five different solvent
extracts of four Indian nutraceutical plants viz. Manilkara zapota (L.) var. Royen., Psidium guajava L., Punica granatum
L. and Syzygium cumini L. leaves against 14 pathogenic microorganisms. The antimicrobial activity was evaluated by agar
well diffusion method. P. guajava leaves showed best and promising antimicrobial activity, indicating the possibilities of
its potential use in the formula of natural remedies for the treatment of infections.
Keywords antimicrobial activity; solvent extracts; Manilkara zapota; Psidium guajava; Punica granatum; Syzygium
cumini
1. Introduction
Infectious diseases account for a high proportion of health problems and burden in India. Large amounts of antibiotics
are consumed in fighting infections, some of them saving lives, but every use adds antibiotic resistance in bacteria.
Antimicrobial resistance has in fact turned into a global health issue, which hampers the control of infectious diseases;
multi-drug resistant bacteria are thus posing a problem in treatment regimens. Multi-drug resistant organisms are also an
epidemiological concern as they may spread locally, regionally or globally through individual contacts, poor sanitation,
travel or the food chain. During the present millennium, overcoming resistance to antibiotics is one of the major issues
facing WHO [1]. Hence, WHO has declared antimicrobial resistance as the theme for the World Health Day, 2011 [2].
Antimicrobials have been used successfully for over six decades to treat infectious diseases; but antimicrobial resistance
threatens the continued effectiveness of antimicrobials and simultaneously the downward trend in the development of
new antibiotics has serious implications [3].
Resistant bacteria dramatically reduce the possibilities of treating infectious diseases effectively and increase the risk
of complications and fatal outcomes for patients with severe infections. The increasing prevalence of multi – drug
resistant bacteria and fungi, the recent appearance of strains with reduced susceptibility to antibiotics, the side effects
associated with antibiotics, the high costs of antimicrobial drugs and the re-emergence of diseases are the key factors
that obstruct effective management of bacterial infections in many developing countries. Unfortunately, the future does
not look bright in the war against infectious diseases, as multi drug resistant strains of microbes continue to increase at
an alarming rate. In fact, multi drug resistant strains are adapting faster than the introduction of new, more potent
antibiotics. Consequently, this has raised the specter of untreatable microbial infections and adds urgency to the search
for new infection-fighting strategies. This necessitates greater efforts to discover new potent antibiotics. A potential
post-antibiotic era is threatening present and future medical advances.
The development of antibiotic resistance can be natural or acquired. Bacteria usually become resistant to antibiotics
by one of the following mechanisms (Fig. 1). Natural resistance is achieved by spontaneous gene mutation and acquired
resistance is through the transfer of DNA fragments like transposons from one bacterium to another. Bacteria gain
antibiotic resistance due to any of the four reasons namely: (I) by alteration of drug binding or target sites; by alteration
of membrane permeability; (II) direct destruction or in ability of the drug to enter in the cell; (III) by developing the
ability to produce multi resistance pumps, due to this pump drug drained out of the cells before drug can damage or kill
the cell or (IV) replacement of a sensitive pathway and acquisition of a new enzyme to replace a sensitive one

In light of the recent emergence of bacteria which are resistant to multiple antimicrobial drugs causing a challenge
for the treatment of infections, the need to discover new antimicrobial substances for use in combating such
microorganisms becomes pertinent. Thus, there is a constant and urgent need to develop new antimicrobial drugs for the
treatment of infectious diseases from medicinal plants. Naturally occurring compounds have been and continue to be, an
important source of new leads for many pharmaceuticals and agrochemicals. In this context, there is a growing
popularity in nutraceutical products or functional foods.
1.1 Medicinal plants as antimicrobials
India is a varietal emporium of medicinal plants and is one of the richest countries in the world with regard to genetic
resources for medicinal plants. India is rich in medicinal plant diversity; all known types of agroclimatic, ecologic and
edaphic conditions are found within India. India is rich in all the three levels of biodiversity viz. species diversity,
genetic diversity and habitat diversity. The increased interest in medicinal plant cures is because, primarily plants as
medicines are safe, less rigorous and more affordable than synthetic alternatives. In fact, plants produce a diverse range
of bioactive molecules, making them a rich source of different types of medicines [5]. Many plants contain non-toxic
glycosides that can get hydrolyzed to release phenolics that are toxic to microbial pathogens [6]. Phytochemicals or the
bioactive compounds in medicinal plants could be used as a novel source in infectious disease management as an
alternative to synthetic drugs. Phytochemicals can be derived from any part of the plant like bark, leaves, roots, fruits,
seeds, fruit rind, flowers, stem, whole plant, etc. and antimicrobial activity of different parts of the plant is reported in
literature [7]. However, leaf is generally the preferred part for therapeutic purpose [8]. This may be because leaves
contain more number of secondary metabolites which may be responsible for its antimicrobial activity. They can inhibit
the growth of microbes in many ways such as by inhibiting protein synthesis, interfering with nucleic acid synthesis,
breaking the peptide bonds, acting as chelating agents, inhibiting metabolic pathway, interfering with cell wall synthesis
or by preventing utilization of available nutrients by the microorganisms. Some compounds also cause lyses of
microbial cells.
1.2 Nutraceuticals as a novel source of antimicrobials
The traditional and herbal medicines are known as essential resources of nutraceuticals which could provide a variety of
beneficial effects on human health. Nutraceuticals or functional foods are natural bioactive, chemical compounds that
have health promoting, disease preventing or medicinal properties. The secondary metabolites present in them give
them a specific medical benefit other than a purely nutritional. Nutraceuticals have thus dual role to play: as food and
therapeutic agent i.e. aids in prevention and/or treatment of disease and/or disorder. The other benefit is, being natural,
they have no side effects as other therapeutic agents. Nutraceuticals may range from single isolated nutrients, dietary
supplements, or secondary metabolites to genetically engineered designer foods [9]. There are many reports of
nutraceutical plant leaves that are effective as antimicrobials 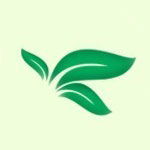 Bionut Elixir Your Trusted Source for Natural Extracts
What Products are you looking For?
Drop Your Enquiry
Our Agents will Respond within 24 Hours